International Folk Festivals since the 1970's

40 years of Fundraising for many Communities, Temples and Societies, Seniors, Children and for the Bangladesh Floods, Hurricane Katrina and more.... 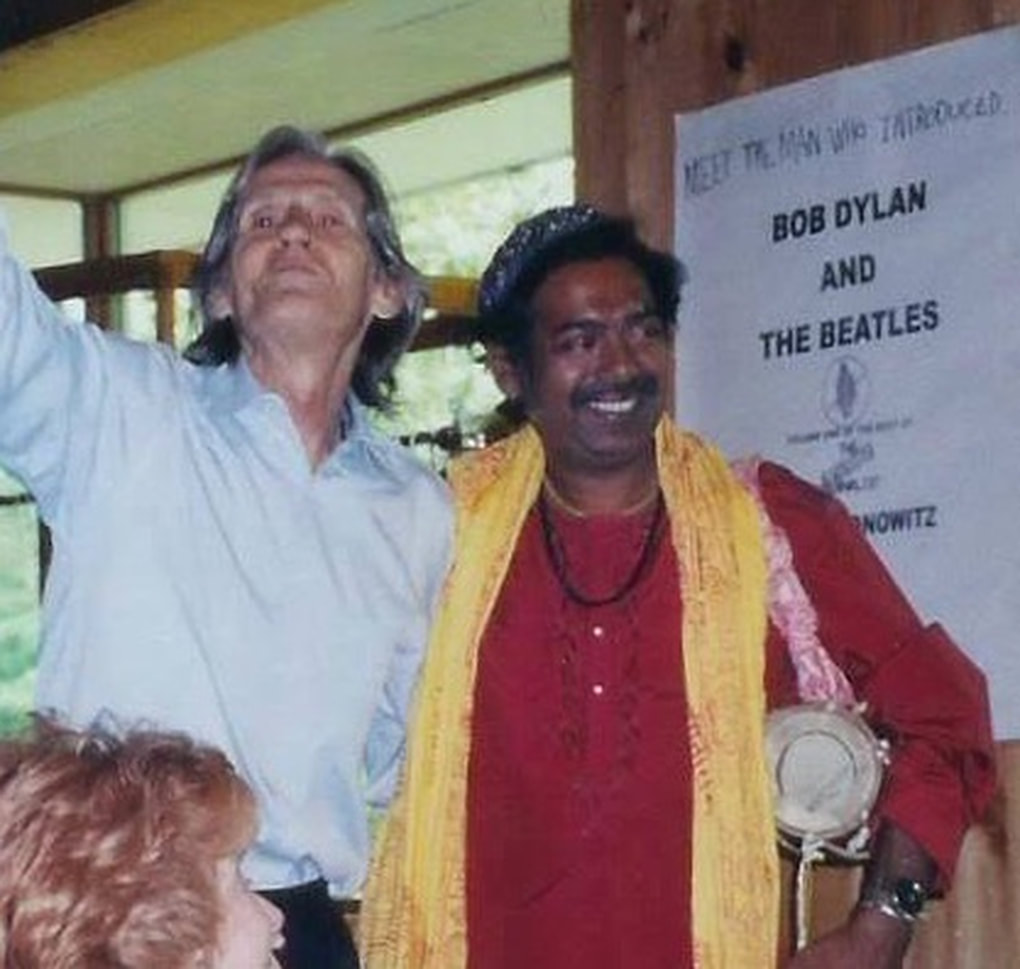 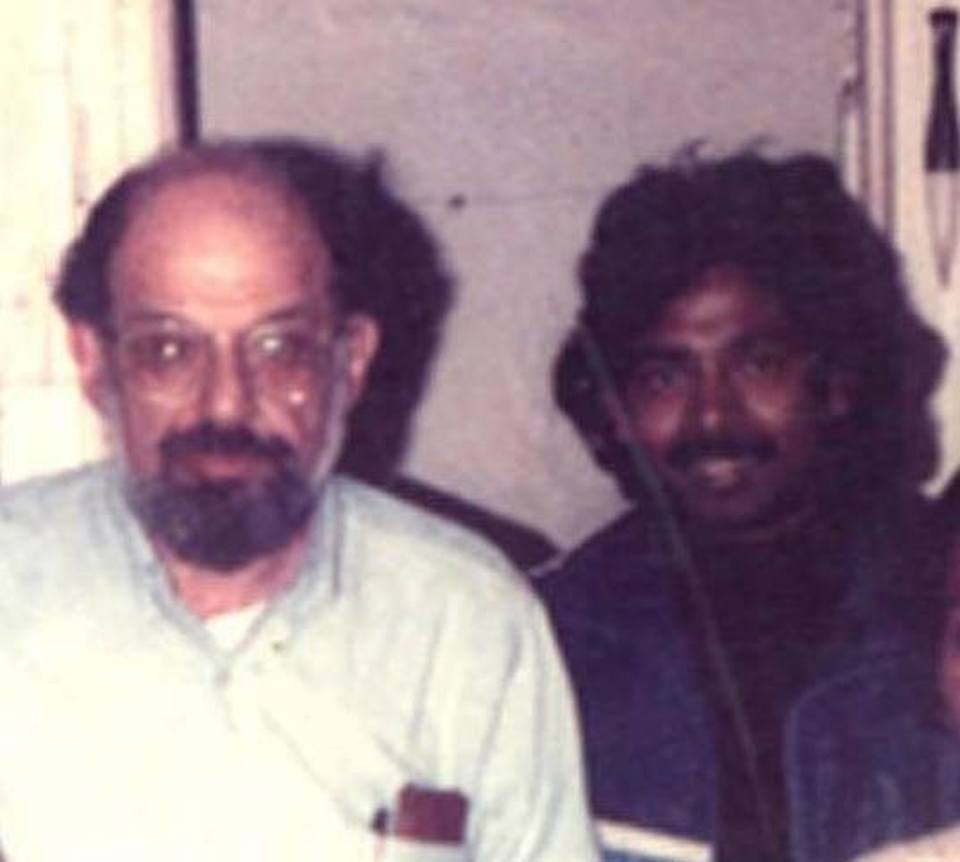 This is the only Baul Poetry Allen Ginsberg wrote.

Written by Allen Ginsberg in 1983,
as a gift to Babu Kishan '

Babukishan composed the music for the original in collaboration with Garth Hudson, Robbie Robertson, Levon Helm, (of The Band) Bob Dylan's Band in 1985 for the tour.

This is the one and only piece of Baul poetry Ginsberg wrote.  Babu Kishan sang this on 40 city American tour with Bob Dylan and the Band.

​Of course this friendship has it roots in Babu Kishan's Grandfather 'Nabani Das Khyepa Baul'who was an Avadhuta that Ginsberg met on his trip to India in '1962' and whom he kept a personal and private connection all his life. You can see Babu Kishan's link on Allen Ginsbergs Page under links, miscellany. Babu and Allen are both poets and they were mystical friends.

"We also are indebted to the influence of Allen Ginsberg, who met Nabani Das in the early 1960s and wrote “Indian Journals” and never wavered from his spiritual path; to Albert B. Grossman who brought Nabani’s sons Purna and Luxman Das Baul with their group to the US in 1967 to record for Elektra Records and tour; "


​"Albert Bernard Grossman (May 21, 1926 – January 25, 1986) was an American entrepreneur and manager in the American folk music scene and rock and roll. He was famous as the manager of many of the most popular and successful performers of folk and folk-rock music, including Bob Dylan, Janis Joplin, Peter, Paul and Mary, the Band, Odetta, Gordon Lightfoot and Ian & Sylvia."

It should be noted that it was Allen Ginsberg who wanted to bring Nabani Das Khyepa Baul to America but he refused, thus he sent his two son's, Laxshman Das Baul and Purna Das Baul and their band. 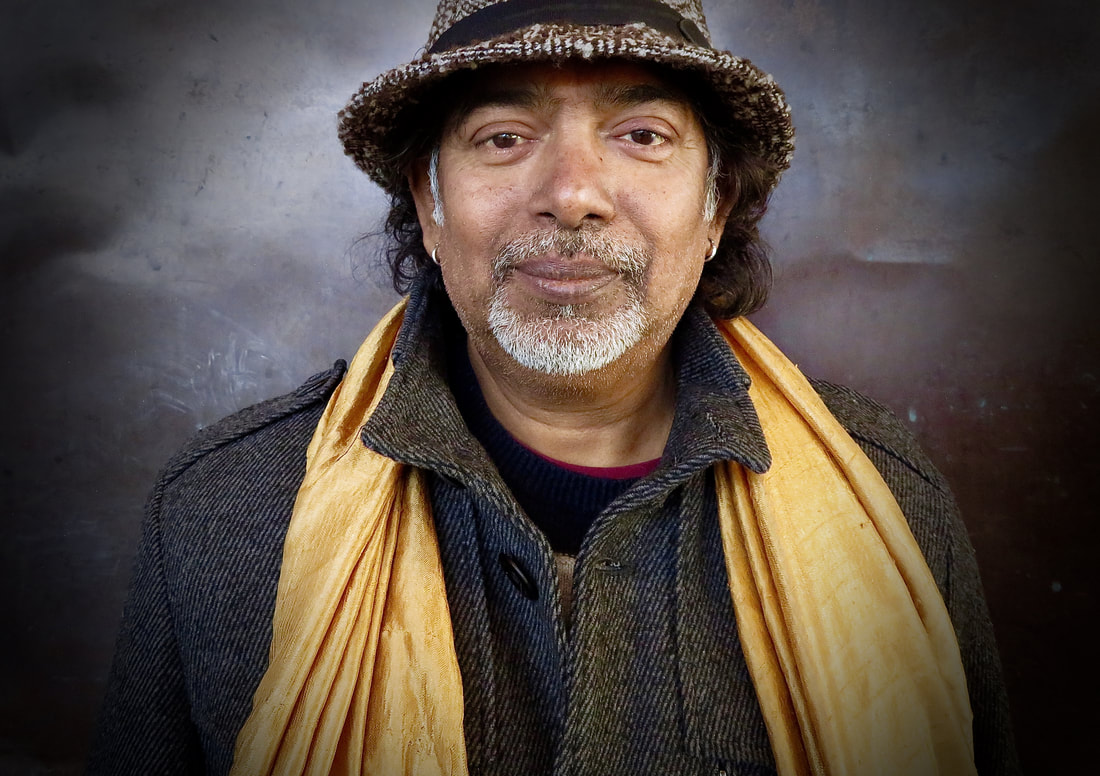 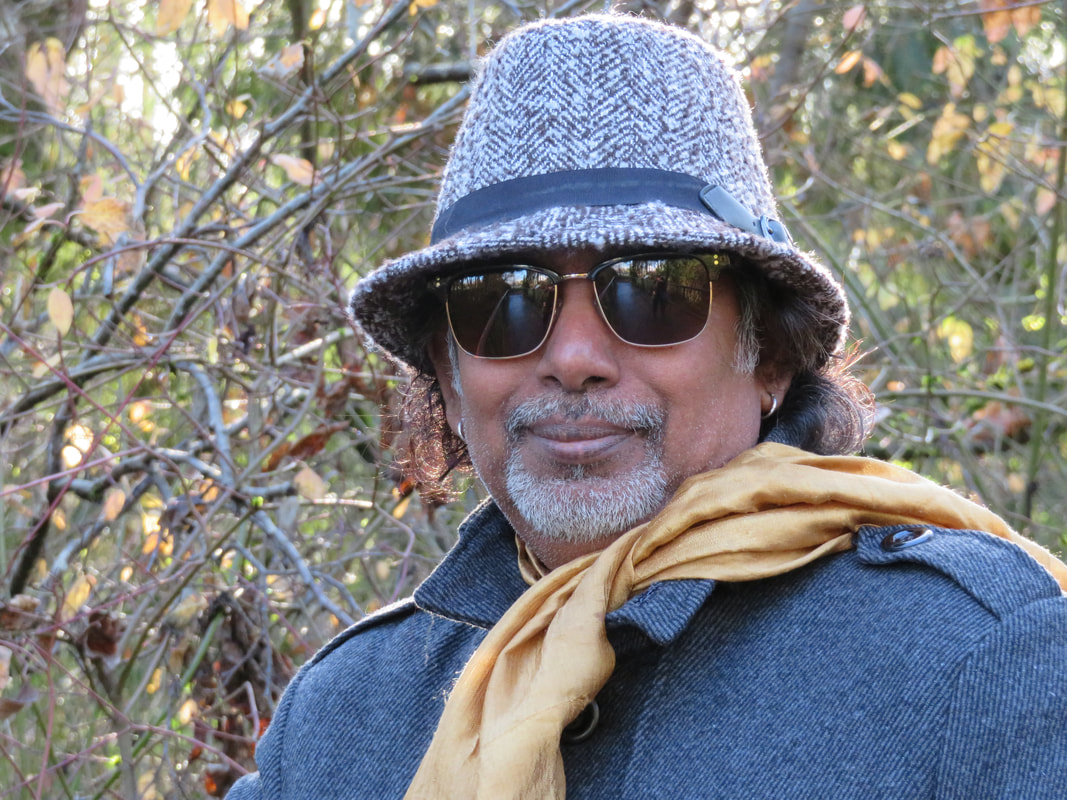 ​RELEASED 300 MOVIES ALL TOP LABELS AND FILM LABELS IN INDIA.

Thousands of Albums released through all top Record Companies 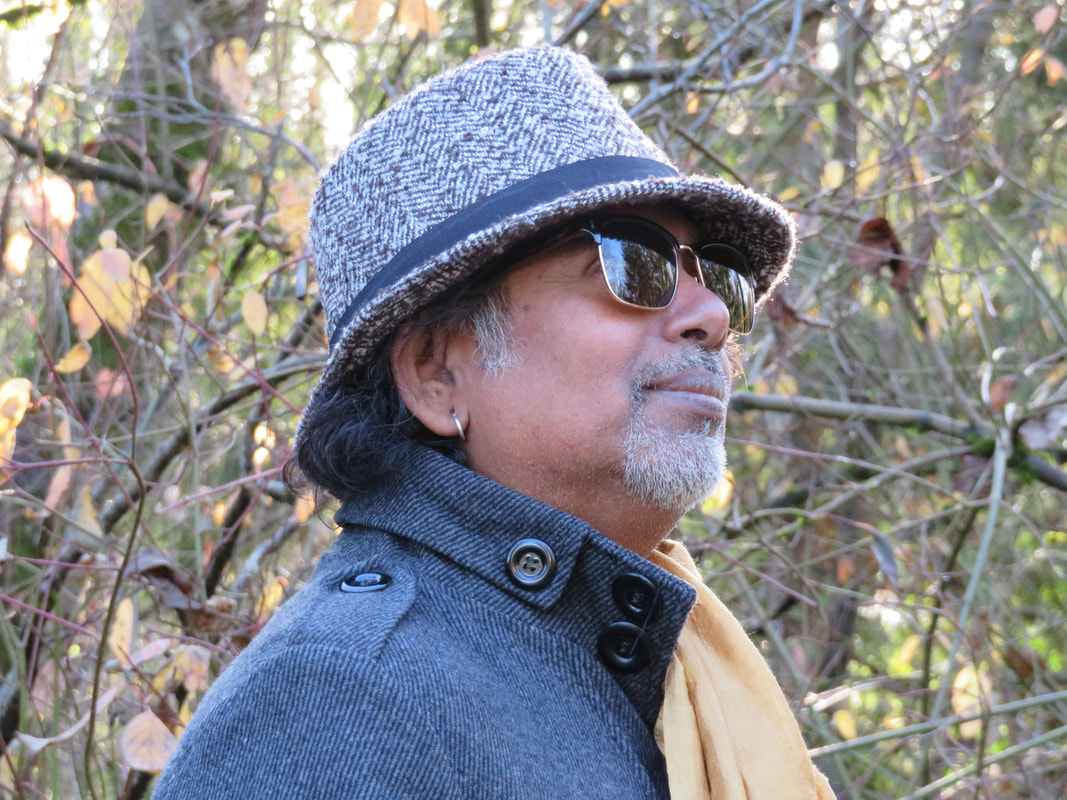 KD Babukishan aka Krishnendu Das started his life in Indian Cinema at a young age in Calcutta West Bengal India as a Music Composer and Song Writer for Bengali film, TV Serials, and Drama's beginning in the 1970’s to 1990's.

An Award winning Music Composer and Film maker, early in his life he was awarded, "The youngest  Music and Film Director  in Bengal" at that time. Babukishan recieved many awards for his  Music Compositions in Bengal under the name Krishnendu Das even before he arrived in the Bombay.

​His name in Bombay Cineama became known as Babukishan. In 1981 he started to travel back and forth from Calcutta to Bombay until in 1989 he moved to Bombay permanently.

In Bengal he composed super hit music for Dr. Bhupen Hazarika, Arti Mukherjee, Banashree Sengupta, Shakti Thakur, Gopa Bose, Hemant Mukherjee, Pandit Amarnath and many more. Babukishan composed all of his father's music, the legendary world renowned vocalist Purna Das Baul, who is a state artist and representative of Indian and Bengali culture around the world.

Known as Krishnendu Das during his early creative years in Kolkata his music compositions were produced for big banner  films such as Amar Deep, Rakto Sapoth, Marg, Manob Premik Nimai, Chapa Dangaar Bou, and drama’s such as Amlo Madhu as producer and music director, Sri Chaitanya Mahaprabhu as producer, project design, music and promotion. His serials were Charitroheen, Mejo bou, Didi, Mahalaya, Ek Paloke, Radharani, Guldasta, all which were very popular and which he was awarded best music director.
​
Babukishan’s started his career in Bombay as a Music Composer and as a music and Film Designer, Production Consultant  working with India’s top Music Labels & Film Companies for more than 30 years .

While in Bombay he became known as Babukishan his nick name, as the 2 directors named Suraj Sanim and Mahesh Bhatt  had a difficult time pronouncing his name Krishnendu, therefore,  they started to call him Babu Kishan all the time and thus it stuck and became his brand name in the Entertainment World.

Babukishan recorded Durga Puja albums with all the top Bollywood playback singers having them sing in Bengali, this was a very new idea at the time and a super hit. However, at first there were many Bengali’s who were very critical because many super talented Bengali singers  did not have work as singers and Babu was bringing in outsiders.  Some of these Indian Cinema singers he recorded in Bengali were Anaradha Paudwal, Md Aziz, Udit Narayan, Kavita Krishnamurthy, Sadhana Sargam, Alka Yagnik Purnima, Vijay Bendict, Abhijit, Kumar Sanu, for Durga Puja songs HMV/Venus/Tips MusicaIndia/Universal with big promotions.  It should be noted that Indian Cinema started from Bengal and now 70%  of the people in the modern Indian film industry are from Bengal. Babukishan being one of them who has composed everything from Hanuman Chalisa to Hip Hop.

Babukishan has worked with just about everybody in Indian Cinema as a Promotion Designer, Production Designer, Music Designer, and Music Director, from Amir Khan to A R Rahman... from the production of music, promotion to the international market. Babukishan is probably the most famous person from Bollywood who is known behind the scenes within Indian Cinema.

BabuKishan already knew RD Burman from Bengal, his family was like family to Babu and when he arrived in Mumbai  he started working as R D Burman’s assistant, learning Indian Cinema Music from one of the all time greats in Indian film music. Babu spent about 13 years with Legendary Music Director RD Burman during some of RD Burmans most difficult times, until his death in 1994. At first Bombay was a foreign place to Babukishan, he spoke Bengali and needed to learn Hindi, he was just a kid and  had been  living in hotels.

When RD Burman found out that Babu has been living in a hotel which was expensive he arranged  for Babu to meet  the upcoming singer Abhijit  from Kanpur, State of  UP but  Bengali, he thought Babu and Abhijit could help each other out by becoming house mates. RD Burman also suggested that Babu start working in the music industry while he was getting his Music Composer career off the ground.

​Burman introduced Babu to his first contacts, at R.K Electronics. Burman thought Babu was dynamic and energetic he knew that Babu would be perfect for the job. Babu is so greatful to  R D Burman.  R.K Electronics needed someone to promote their company and Babu already having  fame as a Music Composer in Bengal was the guy to do this and Babu Kishan knew all distribution contacts from the Eastern Zone. He introduced R.K Electronics to the Eastern Zone and the combination today is know as TIPS Industry, one of largest  Entertainment Companies  in India.

Babukishan is an author of 3 books in Bengali and English, the last book was sponsored with the help of George Harrison his personal friend and Ravi Shankar a long time family friend from Bengal. Babukishan is a prolific poet and has been travellng worldwide for 40 years as a Indian Cultural Ambassador for Bengal and India. He has performed at all top festivals worldwide and has lectured at Universities world-wide. He has performed at Carnagie Hall and The Royal Albert Hall in London and many other large venues around the world. 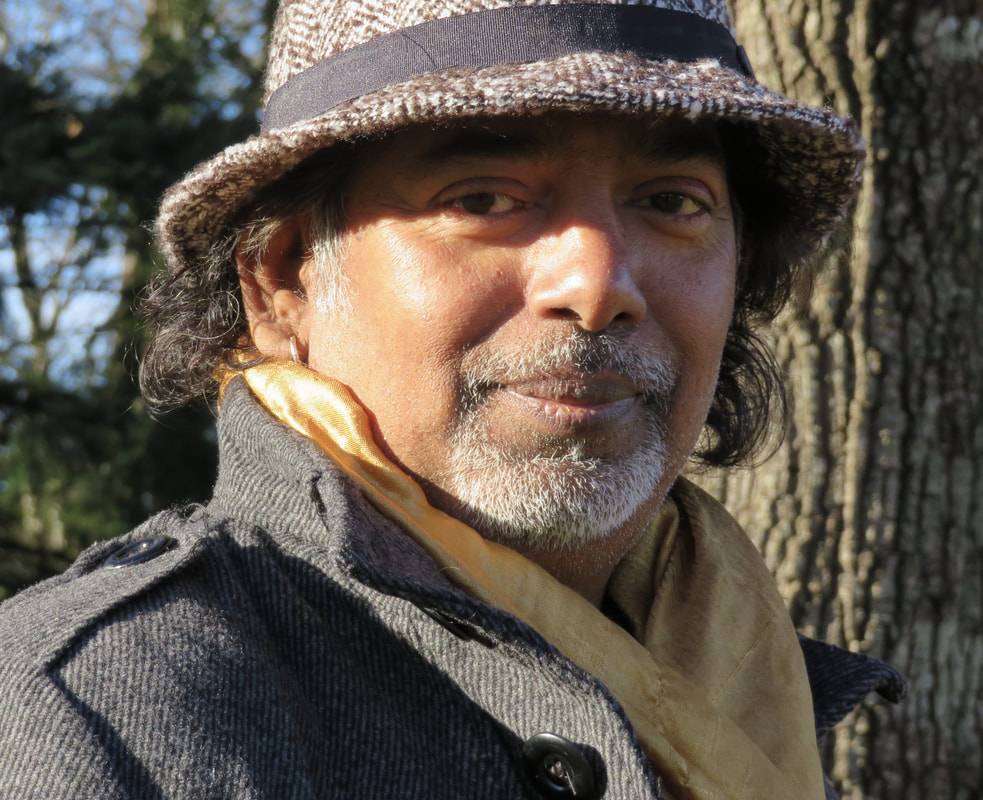 His birth father Purna Das Baul and birth Mother Manju Dasi left Babu at birth and after Nabani passed in 1969 Babu went to live with them in Calcutta at which time they put him in the Ramakrishna Mission, they finally got him but left him again. After some time he would see them on holidays and even traveled with his father to London in 1971 when he did the concert fundraiser for, The Rolling Stones and The Beatles and Babu became life long friends at a very young age.

This was a very difficult time of his life but he adapted and spent the next 12 years at the Ramakrishna Mission (many stories to be told). It was after 12 years when he was to become a Swami (Sanayasin) that his father pulled him out of the Ramakrishna Mission.
​
Babu became Purna Das Baul's Manager and he composed all of Purna Das Bauls music and made all travel arrangements around the world, he did a great job and this was Purna Das Baul's most successful years as a Famous Folk Singer of Bengal.

12 years as a Monk in the Ramakrishna Mission, Calcutta, Bengali India

Fluent in Bengali, Hindi, English and many other Indian Languages which he has written in and composed music for. 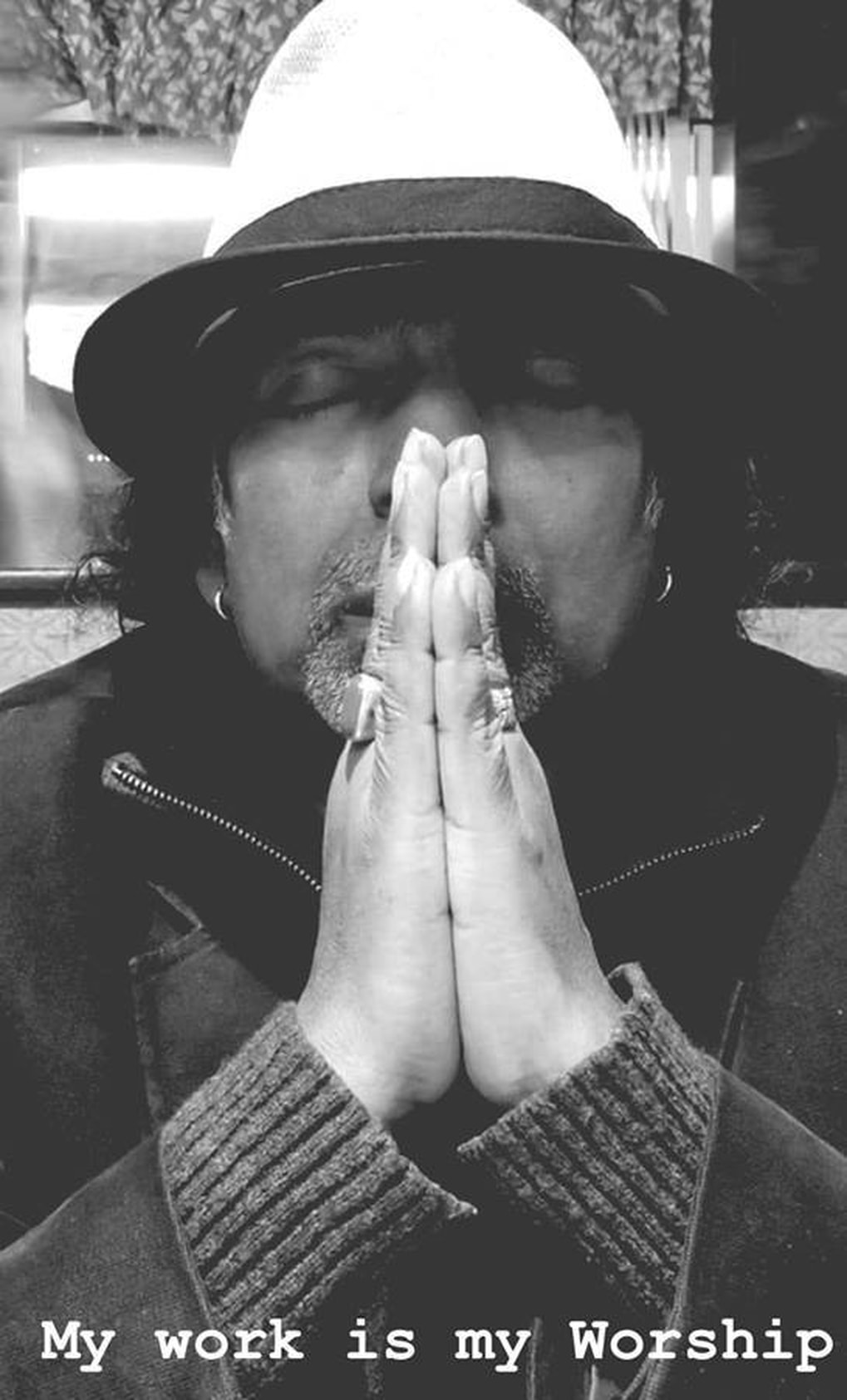 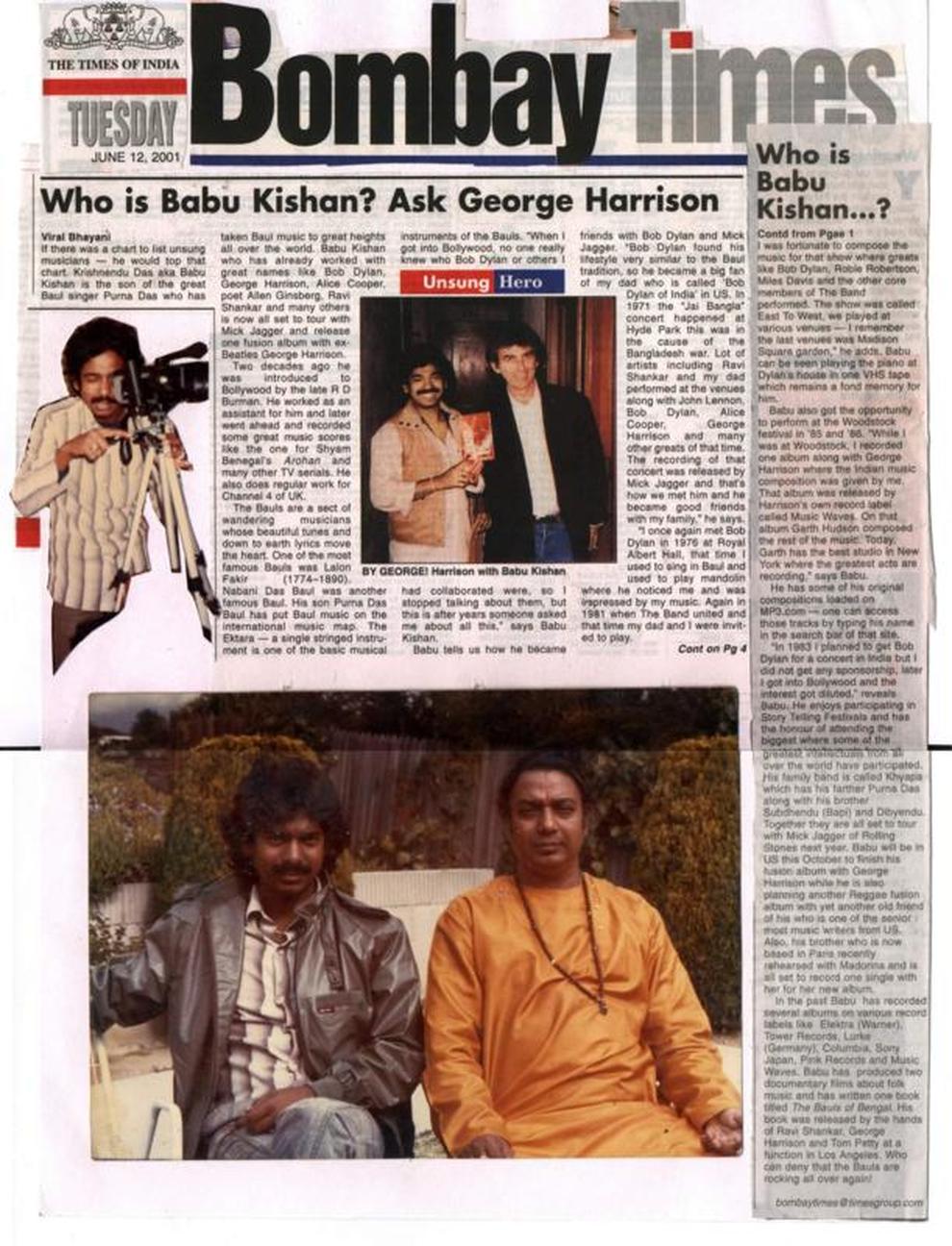 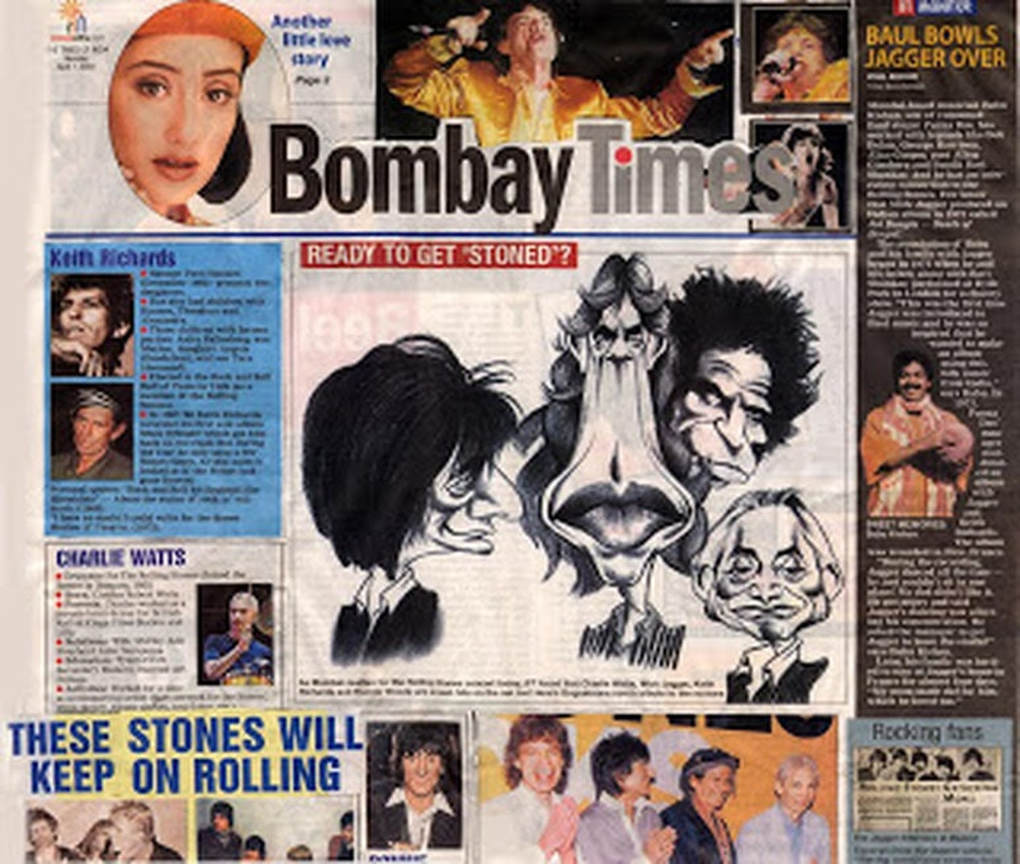 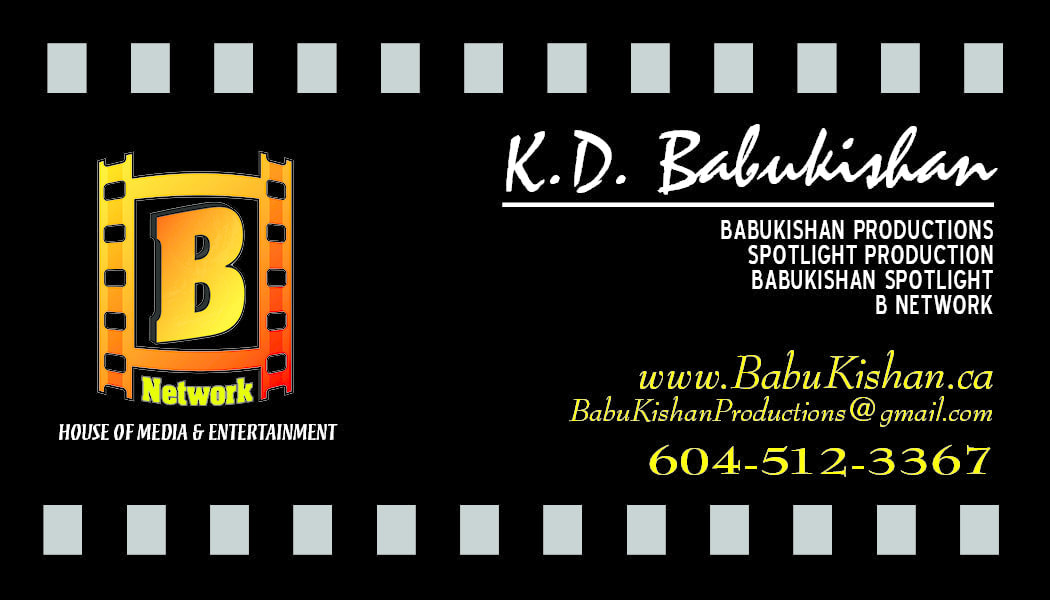